Many visitors to the Fi exhibition booth 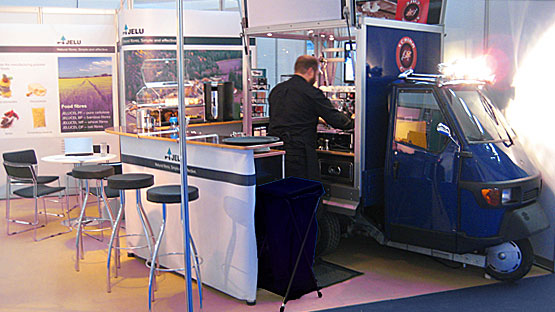 This year JELU-WERK presented itself for the first time at Food Ingredients Europe, which took place in Frankfurt, Germany, from 19 until 21 November 2013. The company showed its purely organic food fibres – cellulose, wheat fibres, oat fibres and bamboo fibres – at this exhibition which is worldwide the most important trade fair for food ingredients and additives.

The trade fair was a good opportunity for the employees to maintain and deepen existing relationships with national and international customers. They were even able to establish new business relations, especially with enterprises from emerging countries. As a result, the JELU-WERK employees uniformly draw a positive conclusion at the end of the three-day event.

Dietary fibres with outstanding properties for food production represent one component of JELU-WERK’s main business. This year the family-run enterprise was successful in increasing the level of awareness for its good selling product JELUCEL, above all among companies from emerging markets. JELUCEL dietary fibre concentrate consists of cellulose, increases the dietary fibre content of food, reduces calories and binds water without affecting taste. JELUCEL has been thoroughly tested and is 100% natural. 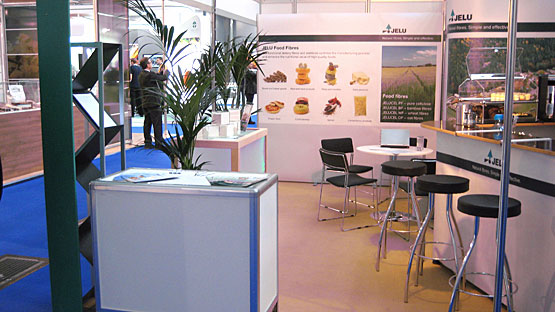 This entry was posted in Предприятие, Продукты питания on Вторник, 17. декабря 2013.